7 Different Types of Maple Trees For Texas Homes and Gardens

Living in the lonestar state provides many different options for the home gardener when it comes to trees. Maple trees tend to do well, and there are several varieties that you can choose from. In this article, we look at 7 different maple trees that you can plant and grow if you live in Texas. 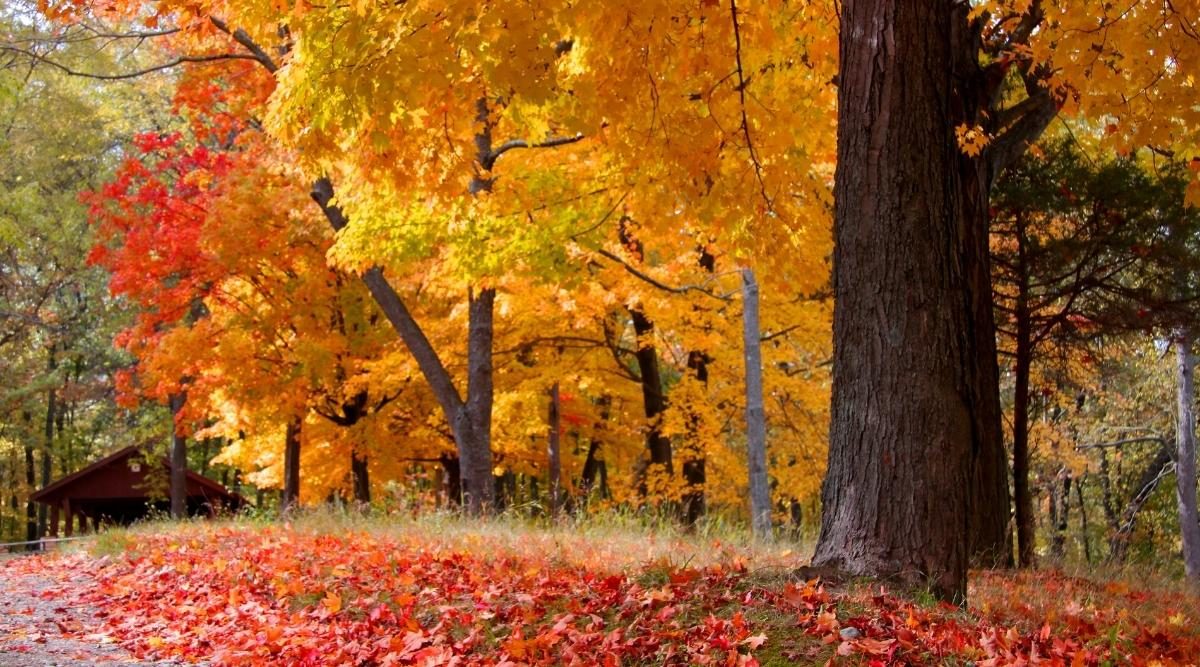 When you think of maple trees, you may think of winter in Vermont and maple syrup rather than Texas. However, these trees can actually grow quite well in a number of southern states. Texas in particular, has a range of maple trees that provide beauty. Maple trees in Texas come in many shapes and sizes, but they often do not produce sap like the trees up north.

If you love beautiful fall foliage and are interested in seeing some from your window, you probably want to know more about the variety of maple trees that can be grown in Texas. Or perhaps you just want to be able to identify a maple tree in Texas, which has brought you here.

In this article, we will look at the most common maple trees you’ll see growing in the lone star state. We will look at what part of the state they are most commonly grown in, as well as pictures of the trees themselves. Let’s jump in!

Know What to Consider

When choosing a maple, you should, of course, consider if you like the appearance of the tree you choose. You should also think about how different trees will work in your space and what kinds of needs a tree has.

Keep in mind that Texas is a big state with a lot of biodiversity and soil types. The same type of maple tree that’s planted in a state like Florida, may not be suitable for your Texas location. Make sure that you understand the soil on your property before you plant a tree . To get more information about your soil you can get a soil test, and you can also track the amount of light and water in your area.

Native to Texas, the Bigtooth Maple trees are seen at the Lost Maples State Park. They are particularly known for their vibrant red and yellow foliage in the fall. There are some variations of this tree that are recognizable by their leaf variation.

This tree can often be on the smaller side. It has dark brown, scaly bark, green flowers in the spring, and leaves with three to five lobes. The Bigtooth Maple can withstand a lack of water for a relatively long time, and it does best in soils with a lot of drainage, such as limestone and igneous soils.

This type of maple grows somewhat slowly for the first two years of its life. It also needs some special care during this time in that they need a bit of extra water. You should avoid pruning the Bigtooth Maple until after it is more established.

The Box Elder Maple stands out from other maples because it has compound leaves with three, five, seven, or nine leaflets. Other maples often only have three to five compound leaflets, and are often mistaken for poison ivy.

Male and female trees produce flowers in spring. Beyond the unique shapes of the leaves, this tree boasts a uniquely shaped trunk. Rather than having a single trunk, the Box Elder Maple often has many trunks.

This tree thrives along the eastern part of Texas, thanks to the high moisture level in that area. If you live in a part of Texas where drought is a common occurrence, you should go with a different tree since the Box Elder Maple is not tolerant of drought. This tree is also vulnerable to insects such as the box-elder bug.

The Box Elder Maple is popular as a decorative tree in some areas of North America, but it is considered invasive in some other parts of the continent. This consideration is because it can spread quickly in a variety of environments.

The Chalk Maple lives up to its name thanks to its light gray bark on mature trees. As the tree ages, the bark near the base darkens. This tree usually has two or three thin trunks rather than one large one.

The beautiful light gray bark of the tree is ethereal when paired with the red leaves found on this tree in the fall. In the Spring this tree develops small green flowers.

When it comes to soil, this tree does well in low moisture soil, but it often needs more water when planted along with a lot of sun. Given this tree’s somewhat specific growing needs, it is rare in Texas even though it is indigenous to the area.

Several types of Japanese Maples can be grown in Texas. However, there are some general things that most Japanese Maples have in common. These trees do best with a balance of sun and shade. They can survive a bit of drought, but they need plenty of water for their first few years.

The amount of heat that a Japanese Maple receives can affect the color of the leaves. Often, high heat will turn the tree’s red leaves green during the summer. In the Fall these leaves will return to the red or purple leaves of the Japanese Maple.

When choosing the right Japanese Maple, consider the color and shape of the leaves and the size of the tree that you want. Some Japanese maples can grow very large, while others do well in containers.

The Red Maple grows across North America, from Florida to Newfoundland. This range is one of the biggest for a tree in North America. Living up to its name, the Red Maple has red foliage in winter after having red and yellow foliage in the Fall. Even new, green leaves of this tree contain some red.

While this tree prefers wet soil, it can tolerate drought for a certain amount of time. The Red Maple does well in many types of soil, including sandy, silty, and clay-based soils. So, this tree is a great option, no matter your soil type.

The real limiting factor with this tree is the amount of sun it gets. The Red Maple does best with at least six hours of direct sun a day. If it meets its sunlight needs, this tree is a fast grower. It can gain between one and two feet per year.

While it is on the smaller side, this ornamental tree packs a lot of punch. This tree is similar to its relative, the Japanese maple since it has delicate leaves, however, the Shantung Maple is hardier and it enjoys more sun. When planted in full sun, these trees can grow to 25 feet. While the Shantung Maple does not grow as tall in the shade, it can still do well in this environment.

After producing light green flowers in the Spring, this tree grows purple leaves that become green. As the seasons shift into Fall, the leaves transition into a gold shade. The journey continues as the leaves go from orange to red. Watching this tree transform from season to season is like watching a sunset in slow motion.

The Silver Maple is one of the fastest-growing maples in Texas since it grows about two feet a year. However, this tree can be very prone to some issues including, diseases, heat, insects, and pH imbalance. This tree does best in the eastern part of the state since it does well when it has access to moist soil.

This tree gets its name from its grey bark, which is offset by its pale green leaves that turn yellow in the Fall. In the Spring green flowers grow from this tree before leaves appear.

Texas boasts rich biodiversity, and maples are a big part of that. They can be big or small, and they offer a range of leaf colors. Now that you have a better idea of what options work in your part of Texas, you can have an easier time picking a maple tree for your yard.

You just need to take note of the type of soil you have, the amount of sun your yard gets, and the amount of water your area gets. Match that information with different types of maples to get an idea of what maples would do well in your space. Worst case, you can always stick to a tree more likely to be amicable to Texas climates, like the palm tree.

How to Plant, Grow, and Care For Dwarf Meyer Lemon Trees

15 Different Types of Runner Plants For Your Home or Garden

How to Plant, Grow, and Care For Pear Trees

Weeds With Orange Flowers: Are These Weeds in Your Grass, Yard, or Garden?

Have you come across some weeds with orange flowers in your yard but aren't quite sure what they might be? There are actually several different types of weeds that may fit this criteria. In this article, we look at the most likely weed offenders that have bright orange blooms making a home in your yard or garden. 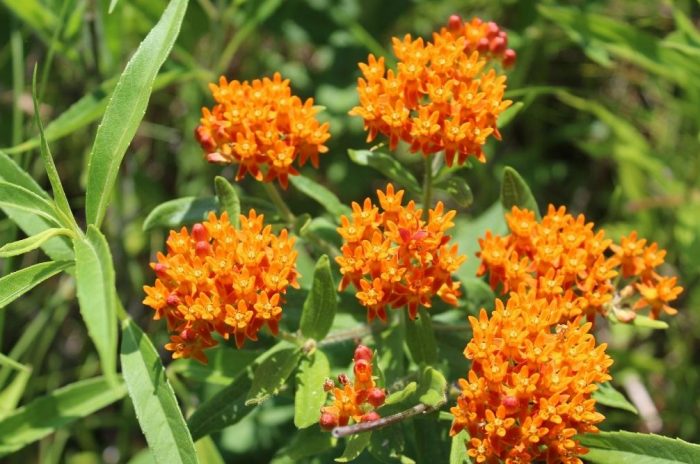 Hawaii is home to some of the most beautiful flora on the entire earth. With it's tropical climate, it's also home to many different flower types, some which are very rare, and even endangered. In this article, we take a deeper look at 21 different flowers that originate in the island state of Hawaii.

How to Plant, Grow, and Care For Dwarf Meyer Lemon Trees

15 Different Types of Runner Plants For Your Home or Garden

Are you considering adding some runner plants to your home garden, or somewhere around your home? Adding runners can bring some immediate foliage, and often at a very speedy growth rate. In this article, we examine 15 different types of runner plants that will make your home or garden feel even more lush in no time.

How to Plant, Grow, and Care For Pear Trees

Are you interested in growing fruit trees in your backyard? Pears are your answer. These plants are easy to care for, grow quickly, and produce the classic fruits we all know and love. Gardening expert Madison Moulton dives into the specifics of European pear tree growing, covering absolutely everything you need to know for a thriving tree in your own backyard.

How to Plant, Grow, and Care For Avocado Trees

Are you tired of paying for expensive avocados? It's not too difficult to grow your own instead. Depending on the hardiness zone you live in, Avocado trees can grow fairly easily, with less maintenance than other fruit producing trees. In this article, gardening expert Madison Moulton discusses everything you need to know to grow avocados successfully, from seed to harvest.

Can You Grow Apple Trees in Tennessee? Find Out Which Varieties To Grow!

Are you thinking of adding some apple trees to your Tennessee yard or home gardening space? Because of Tennessee's rich agricultural heritage, it's no surprise that certain apple tree varieties can do quite well in this southern state. In this article, gardening expert Madison Moulton looks at if apple trees can be successfully planted in this state.