​​Should You Use Hydrogen Peroxide For Orchid Root Rot?

Thinking of using hydrogen peroxide to treat the rotting roots of your orchid plants? There are many gardening "hacks" out there, and not all of them are great for your plants. In this article, gardening expert Melissa Strauss looks at if this controversial practice is a good idea or something you should avoid at all costs. 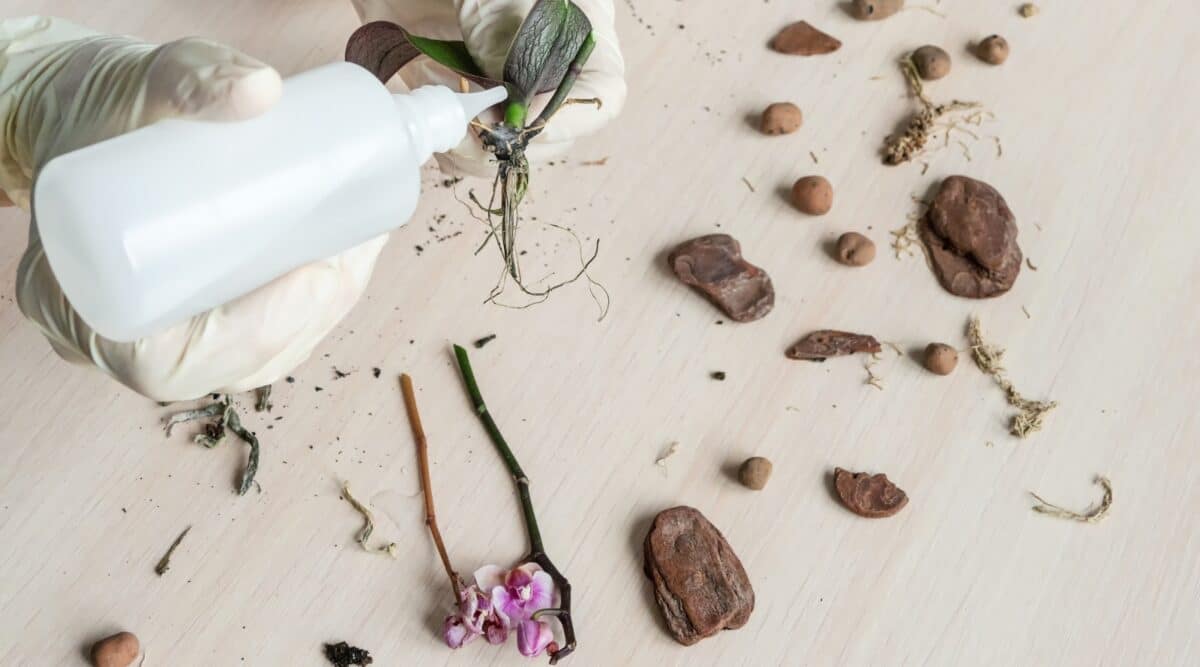 Hydrogen peroxide is good for a lot of things. It disinfects wounds, cleans teeth, bleaches hair, and even takes blood stains out of most types of fabric. In general, it is an exceptionally valuable household tool that comes with a very reasonable price tag. It is something most people have under their bathroom sink, and it can be very tempting to reach for at the slightest suggestion of its efficacy.

The question we are going to address here though, is whether it has a place in orchid care, and specifically, for the treatment of orchid root rot.

Root rot is a scourge in the lives of orchid owners. Most of us have dealt with it at least once, and it can be heartbreaking to see the color drain from your precious orchid’s leaves and not know how to remedy the problem.

Let’s discuss the use of hydrogen peroxide in orchid care and determine whether this is a valuable remedy for the dreaded fungal infection, or more of a theory borne from good intentions, but without real merit.

There are quite a few theories on how best to treat orchid root rot. Orchids have very fragile root systems that require a lot of air circulation and absolutely cannot tolerate sitting in water for any length of time beyond a few minutes if you are watering by immersion. Even in this case, the orchid needs ample drainage, and won’t tolerate soggy potting medium.

Root rot is sometimes difficult to diagnose in orchids until it is too late, and the damage has progressed to the point that there are very little healthy roots left to support the plants foliage and flowering ability. That’s where the hydrogen peroxide theory comes in.

The increase in oxygen around the roots would ostensibly cause stronger roots with more rapid growth.

While there is some value to this theory, in theory, it would only hold true if there was no damage done by the hydrogen peroxide while oxygenating the space around the roots.

Orchid roots are delicate and rotting orchid roots are extremely fragile. Exposing them to chemicals, particularly to corrosive substances like hydrogen peroxide, will exacerbate the issue of root weakness. It will eat away at healthy tissue and dehydrate the already damaged root system.

Similar to the use of cinnamon on rotted roots, hydrogen peroxide will quickly dehydrate the fragile root system of an orchid, and especially an orchid with root rot.

Because of its corrosive and dehydrating nature, I do not recommend using hydrogen peroxide on orchid roots. It is not a good practice for roots that are healthy, much less for those compromised by root rot.

The best solution to root rot is to alter both the environment and the care of your orchid. Orchids need a specific balance between watering and humidity to keep their roots and foliage happy and healthy.

If you find yourself with a case of root rot, the first step is to repot the orchid. Gently remove the orchid from its container and loosen any potting mix from the roots.

It is highly likely that there will be some fungus present in the old potting medium. So, it’s best to dispose of it and start with fresh potting mix.

Using a clean, sharp tool, carefully remove all of the rotted tissue from the root system. Healthy orchid roots are white to green, plump, and smooth.

Rotted roots will be dark brown and mushy. Once the rotted sections have been removed, lay the orchid on a paper towel and allow the roots to dry completely before moving on.

Orchids need a lot of air circulation around their roots, and good drainage. Standard potting mix holds too much water and can be a major cause of root rot.

Orchids need a special type of potting mix. Specialty potting mixes are typically available wherever orchids are sold. If you prefer to make your own potting mix, a combination of 60% bark, mixed with charcoal and perlite or sponge rock is a great place to start.

A container with poor drainage can also lead to root rot. Make sure that when repotting, you are placing your orchid in a container with excellent drainage.

Pots that are made specifically for orchids come in different shapes and sizes. They are made mostly from wood, terracotta or ceramic. Terracotta orchid pots have extra drainage holes and do a great job of containing the potting mix. They also wick away water from the roots of the plant.

Once you have repotted your orchid, consider your care habits. Orchids don’t need to be watered often. Once per week is plenty for an indoor orchid.

If you have a habit of overwatering, the ice cube method might be a good direction to take, as it virtually ensures that you will not make the mistake of overwatering.

The humidity level in your orchid’s space is every bit as important as your watering schedule. It may seem like watering an orchid once per week when it drains and dries so quickly wouldn’t be good for the plant, but orchids take in most of their water from the air.

I have several orchids that live very happily in a bathroom with a large sunny window. (Be careful not to place orchids, and specifically phalaenopsis orchids, in direct sun, as this will scorch their leaves.) Most orchids are quite happy with a humidity level around 50-60%.

Once your orchid is repotted and you have adjusted your care routine to minimize the reoccurrence of root rot, you should be able to determine whether the plant will survive within a few weeks to a month.

If the leaves continue to turn yellow and fall off, there is a chance that the rot was too far advanced to counteract, but hopefully that will not be the case and your orchid will bounce back and give you some pretty, new growth.

If you’ve ever dealt with root rot in an orchid, you undoubtedly get that sinking feeling in your stomach when you notice the slightest hint of yellow on your plant’s leaves. It can be easy to get drawn into the various theories that are floating around out there on home remedies for root rot.

The best thing to do for an orchid with root rot is to remove the damaged tissue, repot the orchid in fresh potting mix, and adjust your watering habits to make sure you are not overwatering. Rinsing or dunking the roots in hydrogen peroxide will not only fail to correct the issue, it will most likely kill the plant.

How to Save an Aloe Vera Plant With Root Rot

15 Hardy Orchids That Can Be Grown in the Ground 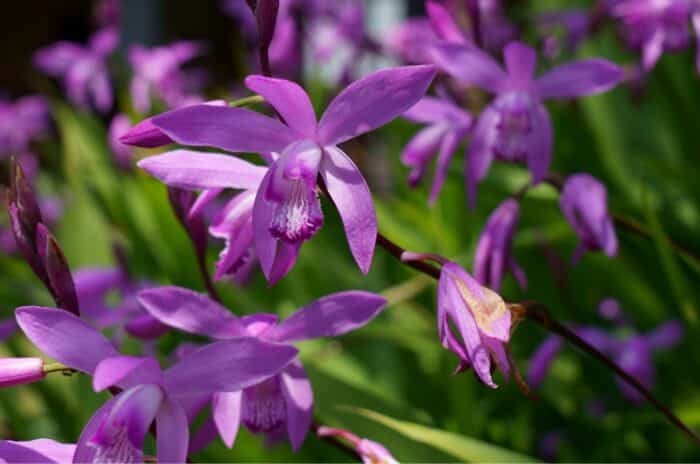 Are you unsure why the flowers are falling off your orchids? There are many reasons this can happen, and some of which are fairly easy to fix. In this article, gardening expert Melissa Strauss walks through the most common reasons flowers fall off orchids, and how to best address it!

How to Save an Aloe Vera Plant With Root Rot

Does your Aloe Vera have root rot? There are many different symptoms of this fungal disease, and it's important to treat it right away once you've confirmed that it's the problem. In this article, gardening expert Emily Horn looks at the most common symptoms of root rot, and how to fix it!

11 Reasons Your Succulents Are Turning Yellow, Brown, or Black

Are your succulents turning yellow, brown, or black? There are many factors that can cause plant discoloration, and most are treatable. In this article, gardening expert Paige Foley takes a deeper look at the most common reasons your succulent may be discolored, and what you should do next.

If you recently became the proud owner of a new orchid, you have likely already educated yourself on the basics of their care. But what about what "not" to do? In this article, gardening expert Melissa Strauss examines the most common mistakes that orchid owners make during their care routines.