Dahlias are some of the most popular ornamental flowers these days, and with good reason. Their vivid blooms make them an extremely attractive option for many flower gardeners looking for a new flower to plant. But will you be replanting them every season? Are Dahlias annuals, biennials or perennials? The answer is "it depends." Let's take a look in more detail before you head off to buy some dahlia tubers this season. 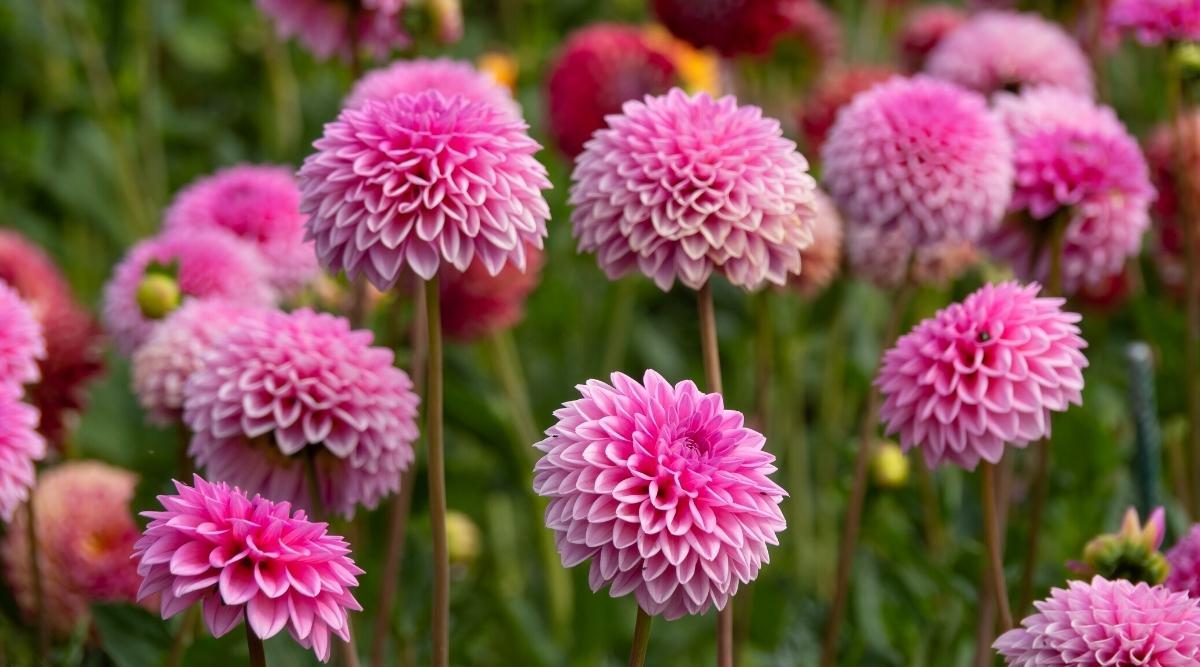 Dahlias are a garden favorite prized for their flamboyant blooms. With plenty of varieties to choose from, you can easily find the perfect dahlias to grow in your garden. But are dahlias annuals or perennials? It can make a difference during planting, especially if you are creating a garden with year-round color.

Determining if dahlias are annual or perennial flowers depends on where you live. Regions are divided into hardiness zones based on average annual temperatures throughout the year.

In other climate zones, they are annuals, meaning they die in the winter and do not return in the spring unless the tubers are pulled and stored. Ready to learn more about growing dahlias as annuals or perennials? Keep reading to find out more about these striking flowers.

Are Dahlias Annuals or Perennials?

Dahlias are tender perennials that prefer warm days and cool nights. The plants are at their best when temperatures are between 68° and 80°F.

As a perennial, they are dormant in the winter. The plants die back and regrow in the spring. Dahlias can survive in cooler temperatures, around 40°F when the tubers are protected, but not in freezing weather.

Dahlias are classified as tender perennials since they are tropical plants. They grow from tubers that can survive for several years in warm climates.

The plants start producing flowers in the spring and, with proper care, will continue to bloom throughout the summer. When cooler temperatures arrive in the winter, the plants die back, but the tubers remain viable in the ground.

In regions with freezing winter temperatures, they are treated as annuals and replanted the following spring.

Dahlias are tropical plants, meaning they cannot handle cold temperatures. They are rated as tender perennials in zones eight through ten. The plants bloom for around four months in the spring and summer, before dying back in the fall. In the spring, the tubers produce new plants.

Their life cycle is affected by sunlight and temperature. While the plants grow in sunny locations, high heat can stop the blooming cycle. The plants typically do not die back, but you won’t get a stunning flower show.

While dahlia growers in the deep south may miss out on the summer blooms, northern gardens often see a profusion of colorful blooms. The downside to growing them in northern zones is that the plants typically do not come back in the spring. The freezing temperatures kill the tubers, but there are ways northern growers can protect the tender plants.

All they go through a dormancy period regardless of where you live. During dormancy, the foliage falls off, and the stems die back, leaving little trace of the plant in the garden.

In warmer climates, where temperatures rarely fall below 40°F, the tubers are fine left in the ground. Even though the air temperature is cold, the soil is warmer. It protects the tubers, allowing them to produce plants as the temperatures warm up.

Dahlia growers in zone 7 can also leave the tubers in the ground during winter dormancy, but they will want to take protective measures. Temperatures in zone 7 can drop enough to affect the soil temperature, leaving the tubers vulnerable to freezing. Applying a heavy layer of mulch provides extra insulation against cold weather.

Gardeners in zones 6 and below can grow them in the spring and summer. They often get a longer blooming period due to the lack of extremely high summer temperatures. Unfortunately, the plants typically die in the winter after putting on their show. But, you don’t have to buy tubers every year; you can overwinter your existing plants.

Dahlias grow from tubers, appearing in the spring. The tubers continue to mature throughout the spring and summer growing season, putting out deeper roots.

When you are overwintering in colder regions, you want mature tubers. They are better adept at surviving winter storage. Overwintering is fairly simple. You are digging up the tubers and storing them until the spring.

You can dig the tubers up with a garden spade and store them in an area with an ambient temperature below 50°F and above 32°F. Don’t forget to rinse any soil off of the tubers before storage. Plastic bags and cardboard boxes make great tuber storage containers.

Some gardeners divide the tubers before overwintering, while others wait until the spring. It doesn’t matter when you divide them, as long as it’s done before planting. Each tuber produces a new plant. You should not let your dahlias grow on top of each other. It can invite disease and interfere with the blooming cycle.

Gardeners living in hardiness zones seven through ten can grow dahlias as perennials. Zones nine through seven may require some winter protection in the form of mulch, but you shouldn’t have a problem with the plants returning every year.

They come in a variety of sizes ranging from tall, medium, and short, and it affects the spacing. Short or bedding dahlias need about nine to twelve inches of space between the plants. It’s about the same planting distance for the medium height varieties.

You are going to need a little more space for taller dahlias. Try and space the tubers about two feet apart. Dig the holes in a sunny location, though the plants can also handle partial shade. They may become a little leggy in shady areas, but pinching off the excess growth will help them keep their attractive shape.

Place the tubers in holes that are between six to eight inches deep and cover with garden soil. Do not water the tubers after planting – wait until you start seeing growth. Watering the tubers can cause them to rot.

It takes around eight weeks after planting for dahlias to start blooming. You can also prolong the blooming period by deadheading the spent flowers.

Pros of Growing as Perennials

Cons of Growing as Perennials

Growing dahlias as annual flowers is a great option in cooler climates. You often have the advantage of a longer blooming period. You also have two options: you can overwinter the tubers or start fresh every year. Treating them as annuals follows the same planting steps as perennials.

Remember to pay attention to spacing. You don’t want to crowd the plants. It’s also not a good idea to mulch directly after planting. It can attract slugs that love to munch on the tender plants. Dahlias also like the warm sun on their roots.

Keep the area around the plants weeded. Even though you are only growing the tubers for a season, weeds will deplete the soil of necessary nutrients. A weedy garden also takes away from the stunning sight of dahlias in full bloom.

As your digging holes for the tubers, make sure it is larger than the root ball. You don’t have to fertilize them after planting, but it doesn’t hurt to add some compost or bonemeal to the hole. The organic material feeds the roots, so you get strong and healthy plants.

It’s easy to forget about annual plants. After all, you are only expecting one blooming season, but it doesn’t mean you can’t get the most out of annual dahlias.

Dahlias prefer sunny locations in the garden. It’s where you get the most blooms. You also want to remove any spent flowers to encourage new growth. With proper care, including some minor pruning, your annuals can bloom continuously for up to four months.

Pros of Growing as Annuals

Cons of Growing as Annuals

It’s easy to see why dahlias are popular garden plants. It’s hard to beat their stunning blooms, regardless of which dahlia variety you have in the garden.

When you are thinking about putting these beautiful flowers in your garden, you may wonder if they are annuals or perennials. The short answer is that they are tender perennials in zones eight through 10, and in zone seven with winter mulching. In zones six and lower, dahlias are treated as annuals.

Regardless of your hardiness zone, you can grow dahlias. Once you do, you won’t regret planting the flowers when they start blooming!

How to Plant, Grow, and Care For Impatiens in Your Garden

How to Plant, Grow, and Care For Flowering Cosmos Plants

301 Different Types of Flowers With Names and Pictures

Finding the right flowers for your home or garden can be very challenging. Not only do you have to think about seasonality, but you have to consider color, climate, environment, sunlight, and more. In this article, gardening enthusiast Jason White walks through over three hundred different types of flowers including their names and pictures of each! 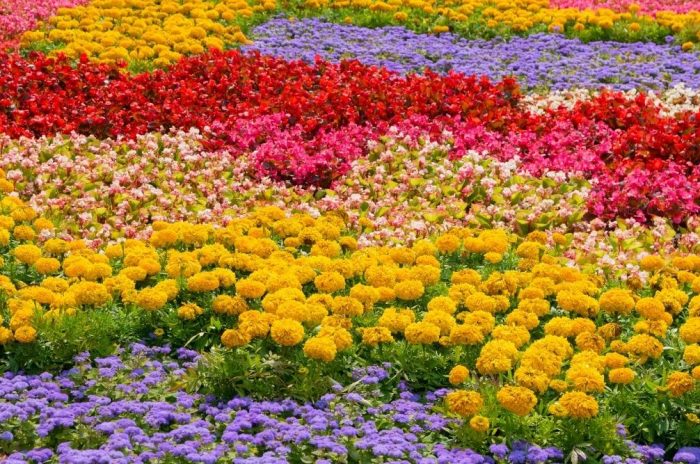 How to Plant, Grow, and Care For Impatiens in Your Garden

If you’re thinking of planting flowers in your garden this year, impatiens plants are a great addition! Impatiens are one of the most popular annual flowers due to their brightly colored blooms, low maintenance, and ability to thrive in shady areas. In this article, gardening expert and suburban homesteader, Merideth Cohrs, walks you through every step needed to successfully plant, grow, and care for impatiens.

How to Plant, Grow, and Care For Flowering Cosmos Plants

Are you considering adding some color to your garden by adding some cosmos into the mix? Flowering cosmos plants are relatively easy to grow, and can provide very vibrant colors to any home or garden. In this article, gardening and flower expert Taylor Sievers walks through everything you need to know about planting, growing, and caring for the flowering cosmos plant.

Looking to add some new perennial flowers to your garden, but want to make sure they bloom as early as possible? There are many early blooming spring perennials that will do the job, and the key is finding the right balance of colors and growth. In this article, we look at our favorite early bloomers that will give your garden some color in the early spring.

If you have a shaded gardening area, finding the right flowers to plant can be quite a challenge. It's important to have the right balance of sunlight for perennials to come back year after year. In this article, hobby gardener Jason White looks at 31 shade loving perennials that will come back each year if properly cared for.