Can You Cross Pollinate Different Types of Cucumbers? 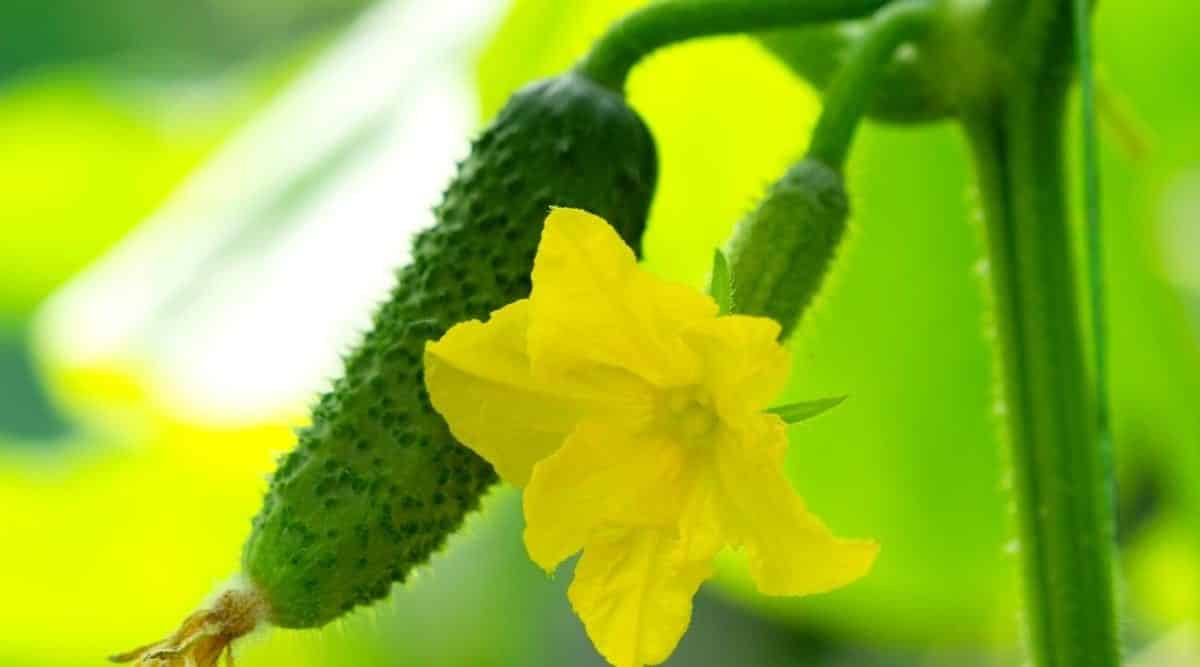 When you buy something through one of the links on our site, we may earn an affiliate commission.

Cucumbers are a popular garden crop and have been grown by humans for thousands of years. First cultivated in India, cucumbers are now grown worldwide in a wide range of shapes, sizes, and different culinary uses. One trait that probably has contributed to cucumber’s long-running presence in our garden beds is that cucumbers are easy to save seed from. But that begs the question – can cucumbers cross pollinate in your garden?

So, can cucumbers cross pollinate? The answer is both simple and complex. Below you’ll find the short answer, followed by the long answer when it comes cross pollination! Let’s dig in!

Let’s have a brief science refresher that is helpful with understanding cross pollination. Genus and species are how botanists classify plants at the most specific level. For cucumbers, the genus is Cucumis, the species is sativus. You may see them referred to as C. sativus, an abbreviation of the genus.

Cucumis sativus are botanical members of the cucurbit family, along with melons, zucchini, winter squash and pumpkins. All cucurbit family plants have similar vining growth, deeply lobed leaves, and tendrils for climbing.

Almost all cucurbits are not frost-tolerant. They have yellow to orange flowers that grow as both male and female flowers on the same plant. The female flowers eventually turn into the fruit if pollinated by the male flower’s pollen.

Genus and species are always written in italics and in Latin, based on the binomial nomenclature (aka dual naming) system established by botanist Carl Linnaeus in the 1700s. For flowering plants, families are established by plants that share similar flower structures. Cucurbitacae is the broader classification of the cucumber family, one level up from genus.

If you grow cucumbers, you may have observed a flush of yellow flowers adorning the vines. Turn your back and a few days later tiny baby cucumbers have taken their place! The cucumber flowers were beneficiaries of insects’ hard work transferring pollen from other nearby cucumber flowers. Honey bees are known to be heavy-lifters as cucumber pollinators.

All members of the cucurbit family have the same flowering traits. Although, squash blossoms are giant compared to the small cucumber blooms. If your blossoms are not setting much fruit, low pollinator count could be the reason. Planting extra flowers to encourage pollinators will help boost the fruit set (and for other insect pollinated crops).

What is Cross Pollination?

Pollen transfer is nature’s brilliant method to ensure genetic diversity in future generations. This diversity is changes in the plant’s genes that will help the species adapt to new growing conditions, fight new diseases, and stand up to new pest pressure.

People carefully select cucumbers for important beneficial traits such as resistance to powdery mildew, low bitterness, or early harvest. Intentional cross pollination for breeding is a highly laborious process. It involves scouting for flowers on the cusp of opening, hand transferring pollen between flowers, and taping blossoms shut to prevent further pollen from entering the flower.

Which Varieties Can Cross Pollinate

Any cucumber that is botanically Cucumis sativus will cross with all other C. sativus, but not with any other Cucumis species. For example, Cucumis. melo, which includes cantaloupe and muskmelon, will not cross with a slicing cucumber that is C. sativus. That means you can grow both cucumbers and melons side by side and not have cross pollination occur.

Armenian cucumber (aka Painted Serpent) is actually Cucumis melo, and is more closely related to melons than true cucumbers. Armenian cucumbers are very similar in growth, appearance, and flavor to cucumbers. They thrive in hot weather and can grow large and remain non-bitter.

Gherkins are small, oval fruits barely larger than kumquats. Gherkin’s prickly skin helps them stand out from other cucumbers. They are not members of the Cucumis genus and are actually Melothria scabra. However, they are still part of the Cucurbit family and are commonly grouped with cucumbers for their similar flavor and uses. Gherkins are popular pickled and in traditional dishes.

However, for the gardener who wishes to save seed on only one open pollinated cucumber, it is still important to know which types of cucumbers will cross with others. If a cucumber mixes with another type, it will not grow true to the old type during the following season.

To save seed that is true to type, the gardener’s job is to prevent cross pollination of their desired cucumber with other varieties.

How to Cross Pollinate or Prevent it

Consider if there are any other cucumbers grown within a half mile of yours. A neighbor’s cucumbers can be crossed with yours! Isolation by distance is not foolproof. So, to ensure the seed will come true you have to hand pollinate and exclude insect pollinators.

When you are cross pollinating to breed new varieties or to save pure seed on one variety, it is essential to isolate pollinator insects from the plants. Some seed savers use isolation boxes or cloches that look like little wire or wood frames covered in insect netting. For a sprawling cucumber plant, these isolation cages may be too small to cover the entire plant.

The most reliable, time-tested method that many professional seed savers still use is to scout for female blossoms before opening, hand pollinate them with male blossoms right when they open, and then tape the female blossoms shut after pollination to prevent other insects from pollinating the flower.

Flagging, marking, and recordkeeping are also part of this process. (For in depth directions on how to breed cucumbers, refer to Suzanne Ashworth’s book Seed to Seed, an essential reference for seed savers.)

Cucumbers are a widely loved garden crop around the world. Seeds have been saved for thousands of years. Knowing which types will cross pollinate with each other is important to know for saving seeds on open pollinated varieties. It’s also important for breeding new varieties. With a bit of knowledge of cucumber pollination habits and how to isolate their flowers, any gardener can start saving seed that over time will become well-suited for their own microclimate. 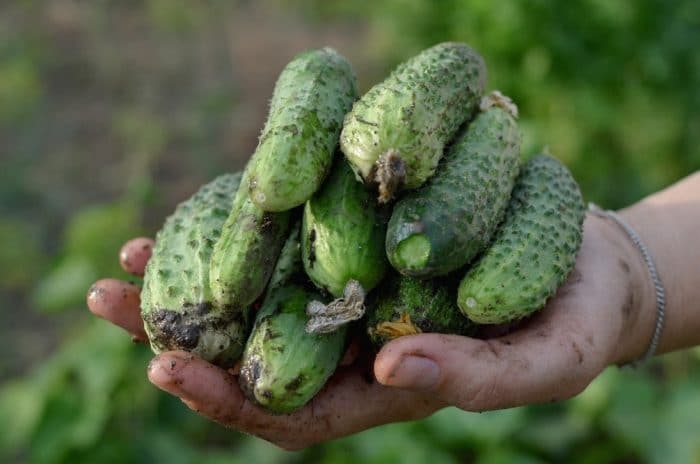 Thinking of adding some vegetables to your garden where there's some shade? There are actually many different types of vegetables that can grow quite well in partial sun, or even full shade. In this article, gardening expert and suburban homesteader Merideth Corhs looks at her favorite vegetables that you can grow in the shade!

Did you end up with more cucumber than you thought you would after your most recent harvest? If so, you may be thinking of freezing it in order to keep it good for as long as possible. But is that the best idea, and how long does it keep after being frozen? In this article, we examine if you should freeze cucumber, and how long it will stay good for if you do.

How Often & How Much Should You Be Watering Your Tomato Plants?

Struggling to come up with the perfect watering schedule for your tomato plants? Some gardeners will water them too much, and some seem to underwater their garden grown tomatoes. In this article, gardening expert and homesteader Merideth Cohrs walks through exactly how much water your tomato plants need, and how often they should be getting watered.